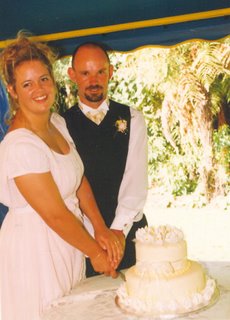 But we didn't get to go out+ have a romantic dinner as our baby sittter has gone away on a golf trip!! But i have being promised a dinner date!!!!

WEll UB40 was great - the venue is just the best, you can't bet it!!! Have to say i wasn't keen on their new stuff but i was rockin to their older songs. Great night out!!

I know i meantioned a few entries back I had made a tooth fairy box for Finn's teeth , well I decided not to use it for my DT entries . I got this idea from the 'Book Book'. I must of brought that book about 2 years ago now from kiwiscraps. Hadn't really got any use out of until now. While at Starship Kev's cousin gave me a box of soap + I thought i better not throw this box away it might come in handy for you know what!!!...............ok so get on with the story Rach!!! Finn lost a tooth + I thought aahhh that box will make a perfect tooth fairy box. THE BOX!! 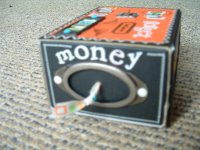 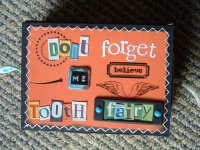 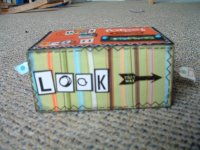 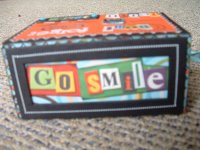 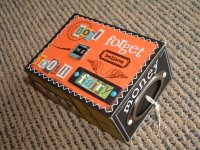 Sorry pics are wee bit blurry but i was in a hurry to get some pics before it got dark. The only other photo I haven't shown is the other end of the box which says 'tooth'. The idea is to slide the tooth end open + place the tooth in there + in the morning after the Tooth Fairy has been you open the money end to get your money. But I guess you all probably got that...............lol.

Congratulations you two - Happy Anniversary and well done on what you've achieved. Awesome little box Rach - he'll be pulling out all his teeth just to use it Lol!

Congratulations on your anniversary, I hope you have another 8 years and more of happiness. Rach that tooth box is just gorgeous I love it, I love all the embelly's really nice.

Congradulations on your anniversary we just celebrate 20 years and went to Rotorua for the night to see UB40 which we also enjoyed amazed at just how many songs we knew.

Look at you two cuties!LOL Happy Anniversary for the other day, hope you still had a romantic night at home with hopefully no sick kiddies! Love the tooth fairy box, but you know that!!

Awesome tooth fairy box Rach! WTG on the 8th anniversary ...that is such a sweet Man you have there singing to you down the aisle! I wouldve blubbered myself!

Hi Rach & thanks for visiting my first blog entry! I tried leaving you a message the other day but my computer was being naughty. My daughter was looking at your blog & thinks your baby is soooo cute!!
Just wanted to say congrats on the anniversary. Lovely photo. Love the tooth fairy box & esp loovve your card in your last post.

Love the wedding pic! I hope your girlie is feeling better by now :)

Gorgeous tooth fairy box ... what a brilliant idea. Glad to hear you've had inspiration from an ideas book. I've got "the book book" too, but it spends most of its time in the cupboard ... so it doesn't get stained or damaged when I try 'stuff' ... duh! .. not very inspirational in a cupboard!